STORIES surrounding the creation of present day Incline Village involves the man named William A. Anderson. Perhaps Bill Anderson’s most lasting legacy – and certainly one of the most visible – includes the network of streets we drive on around town. Another is the vast parking lot and aging structures on the adjacent mountainside we now call the Ponderosa Ranch.

Near the end of the Great Depression, Bill and his brother Chris cobbled together what Bill himself described as a “junk yard’ on the outskirts of Alameda County, California. By the start of the Second World War, the industrious Anderson brothers had built their hardscrabble business into a respectable enterprise selling very used cars and equally used auto parts. After serving in the U.S. Army during the war, they returned to Hayward, California where Bill devised a scheme to buy and sell war-surplus tools, vehicles, and heavy machinery. And by dint of hard work and never missing an opportunity to make a buck, they built a constructionequipment business that served customers all over the United States and as far afield as Cuba and Japan. 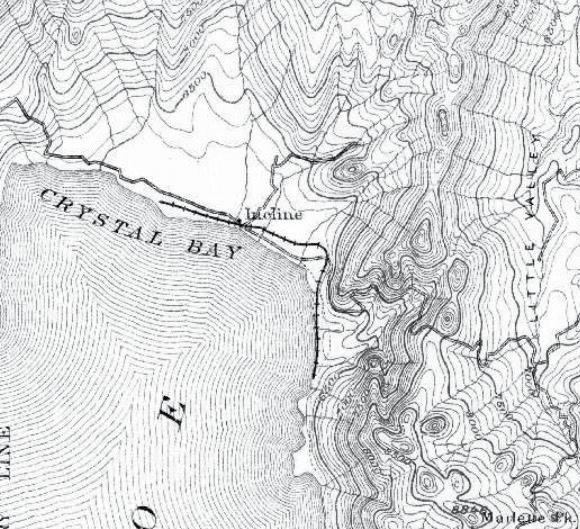 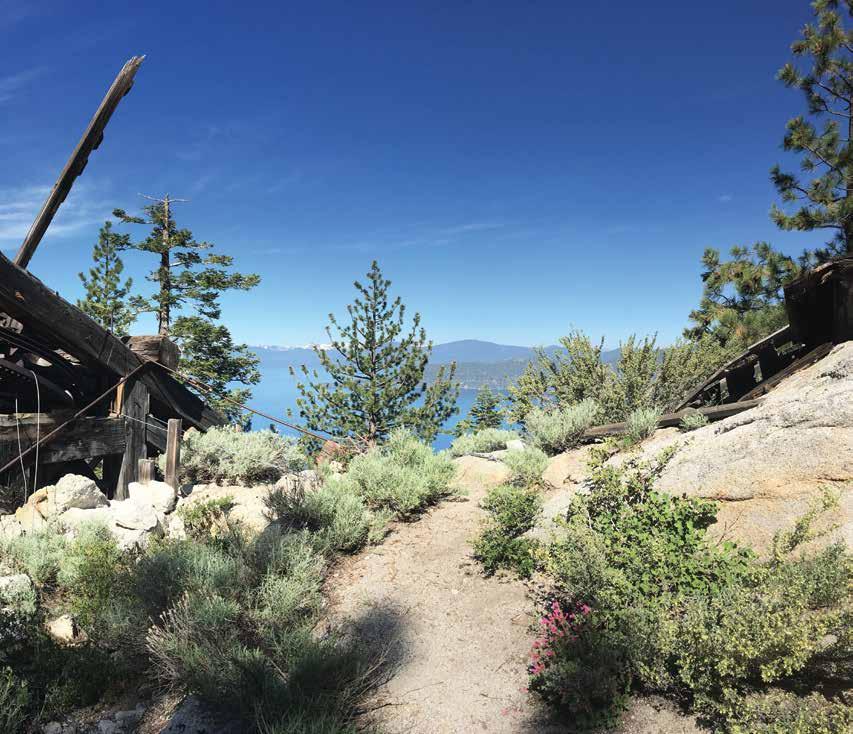 for resale, Bill bought a used Cessna 182, took lessons, and began flying himself to auctions. On one such trip Bill found himself in Elko, Nevada where a mutual friend told him about a group of investors from Oklahoma called the Crystal Bay Development Company. The group had just acquired a large piece of property from the Lake Tahoe millionaire recluse George Whittell, and planned to develop a recreational and residential community from scratch on Tahoe’s north shore. Once back in Hayward, Bill got in his car and headed to what was known as Incline Village to meet with Crystal Bay’s president Arthur Wood. Bill could talk a jackrabbit out of its skin, and Art was no slouch at the art of the deal, so soon the two had an agreement. The Anderson Brothers would supply all the heavy equipment necessary to build the streets, sewers and infrastructure of the new community that was taking form on the architectural drawings of Art Wood’s principal planner Raymond M. Smith.

In 1959, to get started, Bill bought a 3-acre lot in the only area of the community to be zoned for commercial development, and began hauling his heavy equipment from Hayward to the Lake. He rented one of the few houses in the area from the Development Company, and moved in with his new wife Joyce.

Over the next several years, while Bill and his crew were cutting trees, pulling stumps, driving bulldozers, digging sewer and water lines, and paving streets, Bill was also buying up property around the new community – including the land on which the original campus of Sierra Nevada College was built.

After a few years in Incline, Bill decided to build a stable and offer horseback rides to the increasing number of tourists visiting the lake. He built a small barn and corral on the west end of his equipment yard where the Tunnel Creek Cafe now stands. The man who operated Bill’s asphalt plant was a horseman, so Bill put him in charge of the stable and Joyce managed the business side of the operation. Little did Bill know that side venture would transform into the enterprise that later made him rich and famous.

About this same time, Bill traded part of his now 12-acre heavy equipment yard – still the only commercially zoned parcel – to the newly created Incline Village General Improvement District for its use as a garbage collection and transfer station. In exchange, IVGID gave Bill a lease-with-an-option-to-buy nearly 450 acres of forestland starting at the edge of his equipment yard and heading uphill. When Bill later exercised his by-then controversial option to buy the property, his holdings extended up all the way past the bull-wheel that was part of the original Incline railway logging operation of the 1870’s and 80’s. That bull-wheel is still there today for the enjoyment of Flume Trail bikers and hikers compliments of the current owner of the land, Mr. David Duffield. In Bill’s autobiography – with characteristic immodesty – he wrote, “… with this trade of 2 acres for 448, I became one of the largest property owners at Lake Tahoe.” Bill’s plan to use the mountainside 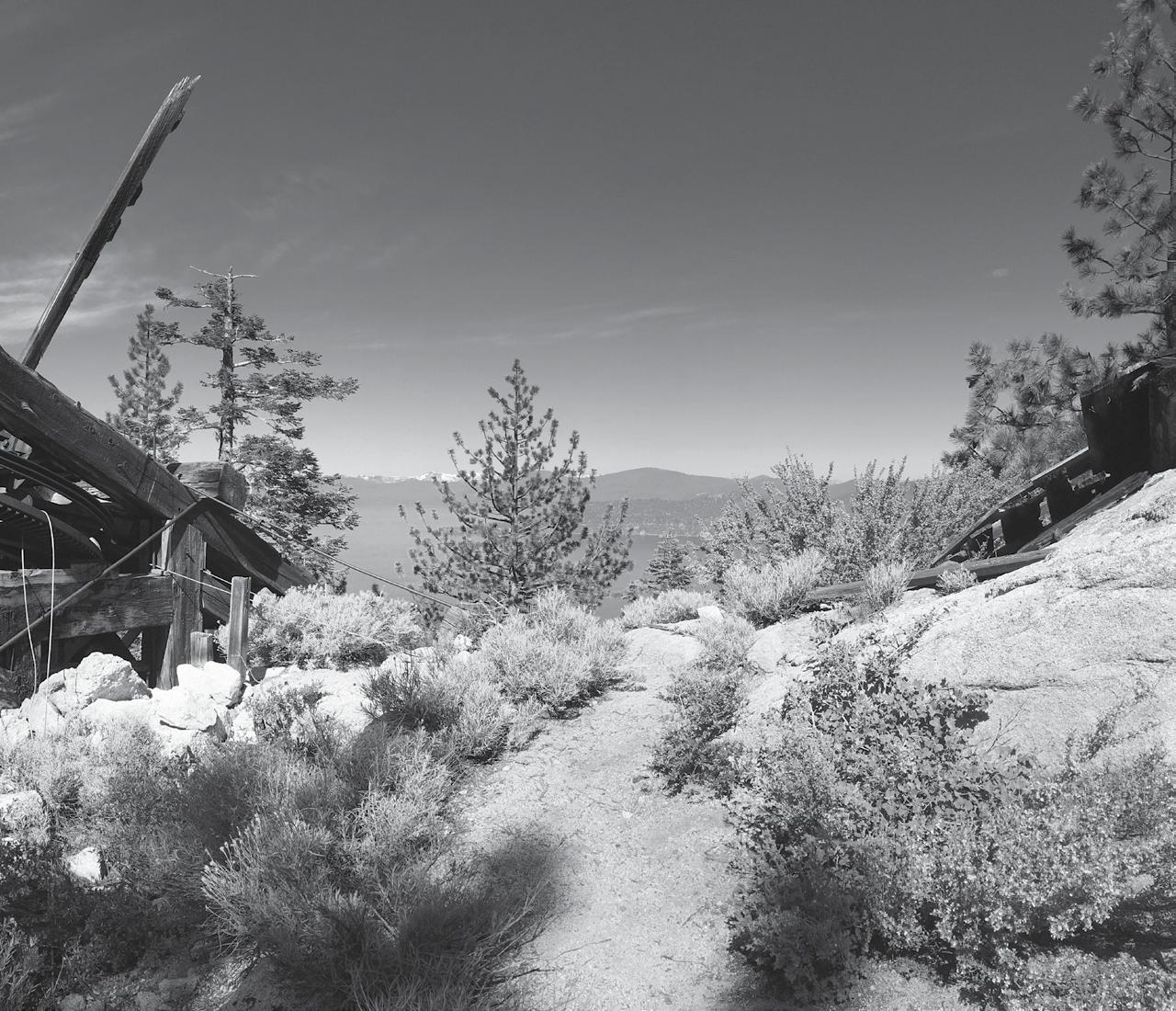 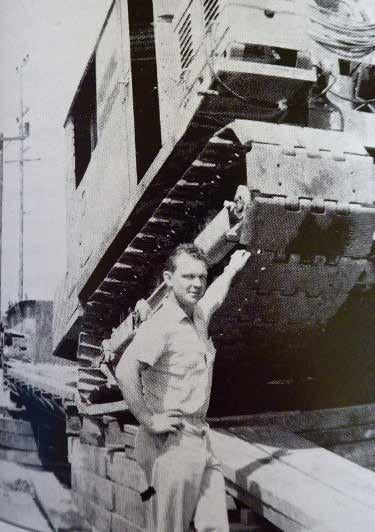 Taken in 1959, Bill Anderson unloading the first piece of construction equipment he had just brought up from the Anderson Brothers facility in Hayward, CA to begin work in Incline for the Crystal Bay Development Company project.

for horseback trails took a turn when he got another money-making brainstorm. We’ll continue the story of how this 3rdgrade educated, junk-yard owner and horse-trader became one of Incline’s first millionaires with the next episode of Colorful Characters of Incline’s Past.

Colorful Characters From Incline’s Past

ONE OF THE MORE INTERESTING

About the Author Ashleigh Easley