The United States Air Force and the 129th Rescue Wing take center stage of the Local Heroes 4th of July Celebration in Incline Village on July 3 and 4 at the Village Green and Incline Beach. Attending these events is a perfect way to celebrate our country’s birth. All details can be found at 4thofjulytahoe.com. Here’s the history of this wonderful association that our community has with the USAF.

This tradition that started in 2012, was canceled due to COVID the last two years.  In 2012, Chief Master Sergeant, Ret. Bob Wheeler, then president of the Incline Village/Crystal Bay Veterans Club, and his comrade Brigadier General, Ret. Joe Shaefer had a vision of bringing a United State Air Force Pararescue Training Mission to the shores of Lake Tahoe. This was no easy feat. The lofty plan had to gain approval all the way from the Pentagon. General Joe and Chief Master Sergeant Bob, both well respected and honored for their heroic service in the Air Force, were successful in their quest to bring the United State Air Force, 129 Rescue Wing to Incline Village for a training mission on July 4th.

The Pararescue Jumpers, aka PJs, Mission has become an annual training for the 129th Rescue Wing. While they are   on the training mission in Lake Tahoe the 129th spends their personal time volunteering for local events, pleasing the crowd with the sight of rescue boats, military trucks, the Pave Hawk Helicopter, and the crew. On July 3rd at 11:00 am the 129th lands the Pave Hawk on the Village Green, providing an opportunity for all to see, up close and personal, the impressive helicopter. Curious children and adults enjoy the interacting with the crew asking countless questions, taking countless photos. On July 4th at 1:30pm, beach goers will encounter an awe-inspiring sight. A C130 aircraft flying along the shoreline of Incline Beach will drop Pararescue Jumpers (PJs) from approximately 8000 feet above the lake. The mission is to rescue a victim stranded in the chilly waters of Lake Tahoe. Moments after the PJs reach the victim an Air Force Pave Hawk Helicopter will hover above the lake while PJs hoist the victim to safety.

It is the goal of the Incline Tahoe Foundation - Bob Wheeler Memorial Fund to continue the tradition of providing the 129thRescue Wing a training opportunity in Lake Tahoe and, on this, our country’s Birthday, offer our community members and guests, young and old, a vivid reminder of the price of freedom.

It should be noted, though the PJ Demo is one of the favored events of the Independence Day celebrations, it is not a program or spectator event. This is a government-sanctioned dive and pararescue training mission. At any moment, the mission could be canceled and the 129th Rescue Wing redirected to an emergency deployment. 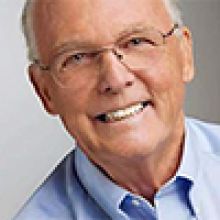 for his efforts to protect property rights. Prior to his death in 2015, Bob was the managing Broker of Sierra Sothebys International Realty. One of the owners, Peter Strand said it well, “The world is a much better place for Bob having lived his life the way he did”. Bob had a great impact upon everyone he met. In a lifetime, there are very few people we meet who are truly special. Bob was one of those very few people.

To add to his long list of accomplishments, Bob was President of the Tahoe-Incline Rotary Club where he was a member for 22 years, President of the Incline Village Crystal Bay Veterans Club and Historian for the USAF Pararescue Association. He also held a position in Senator Dean Heller’s Veterans Administration advisory group and was honored as Nevada Veteran of the Month for July 2015 by Governor Brian Sandoval.

· Honor Flight NV which affords local veterans an opportunity to visit the veteran memorials in Washington D.C. at no cost to the veteran.

· United States Air Force Pararescue Demonstration each July 4th, which Bob was instrumental in bringing to our community each summer.

· The Bob Wheeler Memorial Fund for the future Veterans and First Responders Memorial honoring those who have so selflessly served our country and community.

The Bob Wheeler Memorial Fund is a collaborative partner of the Incline-Tahoe Foundation, a non-profit organization that has the specific mission of enhancing the overall well-being of the Incline Village-Crystal Bay community’s public parks, recreation facilities, programs and services through private donations, grants, and endowments.